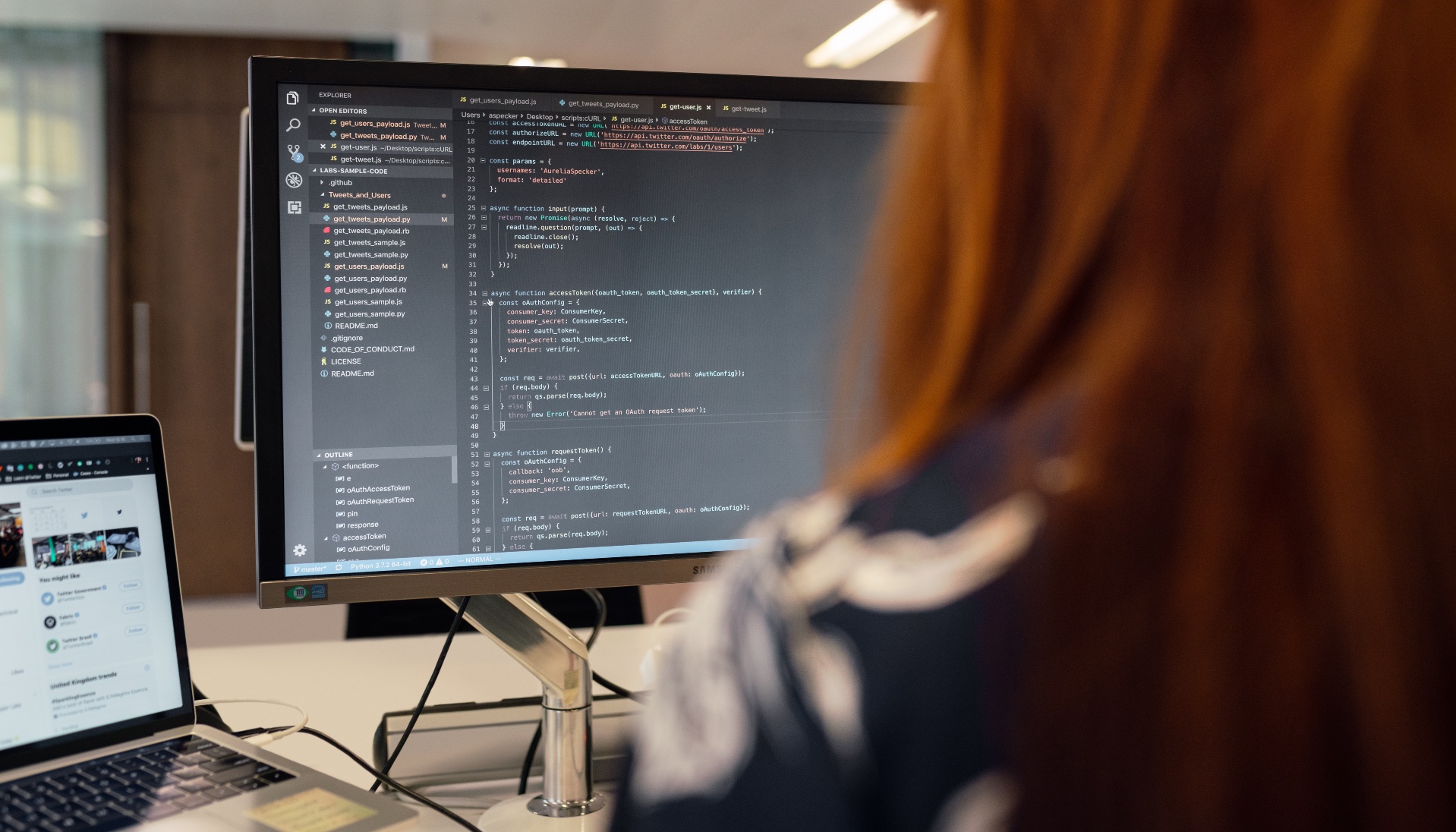 You may sometimes find misleading articles about the best frontend languages. There are plenty of technologies used for frontend development of an application, although there are only three languages used for that purpose: JavaScript, HTML and CSS. From this article, you will learn what the difference between a language and a framework is, what is important when developing the client-side of an app, as well as which frontend frameworks are most popular.

The choice of the right frontend technology is crucial for the development process. Some frameworks are more suitable for specific types of projects. A bad choice may increase costs and time before the app can actually be released. That is why workshops and close cooperation between consultants, developers and customers are so important – this is the stage when software house employees are trying to learn about the needs and expectations of their client and define requirements for the given project.

Well-developed frontend of an app – what does that mean?

Apart from backend development, creating fronted is about building the client-side of an app – elements with which a user may interact and the way for this part of an app to communicate smoothly with the backend. Backend is everything that happens “behind the scenes” – connecting with servers and databases. The goal is to ensure that the content in the application loads properly and fast, and that after interacting with some element on the app, the backend receives requests and sends back data required by the user.

It is also the frontend developers’ job to make sure that the designed application will be responsive. Every day, more and more people access the Internet via mobile devices rather than from private computers. Responsiveness means that web layout adjusts to the device (e.g. smartphone) and allows for good user experience.

Dealing with potential errors is a part of frontend development. An UX can be improved significantly by implementing validation in your app that will reduce unwanted results of inserting incorrect inputs by the user. Together with application designers, frontend developers can also figure out the way an app should react in case of network issues or server errors.

There are many areas that require frontend developers’ attention, but what are the technologies they can leverage to build a great client-side of an app?

When it comes to the development of an app, there are three languages used: JavaScript, HTML and CSS.

HTML is a markup language, which is an important distinction from the programming language, because that means that HTML does not actually “do” anything in the sense of programming. It consists of tags – short pieces of code. The code is stored in an HTML text file. The browser scans the file and interprets it to create the visible form of the website which the user can see. This language was created to build websites that can be seen by any Internet user. It is used to define elements such as paragraphs or headlines. It also enables developers to insert images, videos or any other media into the website. HTML had multiple updates throughout the years. Nowadays, we use HTML5, which was released in 2014.

CSS communicates with HTML using selectors (a part of code that defines which HTML element should be affected by CSS code). This language is applied in order to define how HTML elements should look like on the website on various devices with different screen sizes – in terms of design. Style sheets are stored as CSS files. CSS has its own frameworks, so developers do not have to write the entire code from scratch.

It is a scripting language used for both frontend and backend development (this is what developers call a “full stack technology”). To explain it in simple words, it is the language that makes application dynamic – “alive”. It means that it is used to develop website or web app interactivity, for example to build elements such as animated UI components (sliders, pop-ups etc.). This programming language enables applications to respond, when users are interacting with some elements of an app.  Find the best JavaScript development company to work with!

Popular frontend frameworks and libraries – how to choose the right one?

There are multiple frameworks and libraries built with JavaScript to handle various IT projects. Frameworks are a bit like templates or skeletons for the app that is about to be developed – they provide structure. Libraries are sets of code that allow to implement specific features to the application in a short time without the need to write code from scratch.

React is a declarative, open-source library which is often used for creating dynamic user interface (UI). It was originally developed by Facebook. Its main application is web application development (although there is also React Native for developing mobile applications). It is a popular choice for building web applications with many dynamic elements. React enables developers to create reusable HTML components for the client-side of an app. It is known among developers as an efficient and flexible technology for working on the visible layer of the application.

Vue is also open-source. This progressive framework can be applied for multiple projects. It is good for building web user interfaces and single-page applications (SPAs), but it can be also leveraged in mobile, web and desktop development. It is also often chosen by the largest companies. The technology comes with a big set of tools for programming and still is considered to be rather lightweight – this allows Vue to improve SEO optimization and user experience, if it is used properly. Some say that it is a little like a mix of React and Angular – easy to use and flexible.

Angular is a framework powered by Google, and it is compatible with most of the code editors that are used by developers. It serves developers to build single-page web applications (SPAs) and progressive web applications (PWA). Similar to the technologies that have already been mentioned, it is used by many large companies all around the world, and it is among the most popular frontend technologies. This framework is also an open-source platform. Its most important feature is its capability to turn static HTML into dynamic HTML. Angular uses simplified MVC architecture, which ensures higher reusability of components. This technology is quite a good choice if you are planning to develop a complex application – it is efficient and ensures great performance.

If you wish to learn more about these technologies, check out our blog or contact our consultants. An appropriate frontend framework (and tech stack in general) is being chosen based on requirements of a given project. There is no technology that would be perfect for all kinds of app development. Our developers will be happy to suggest the right solution for your next undertaking.