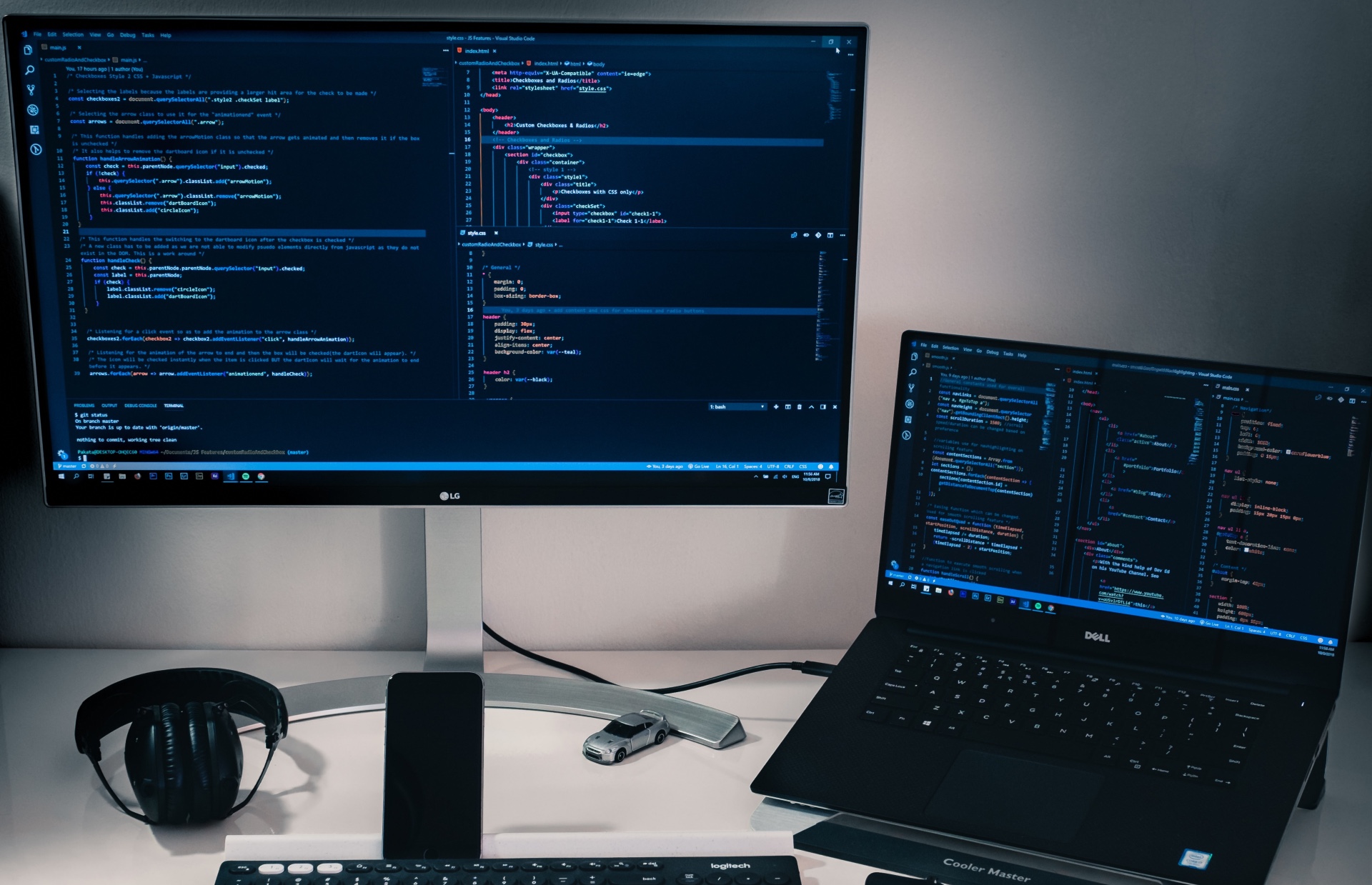 The multitude of programming languages, on the one hand, makes the implementation of IT projects easier, but on the other – causes the whole undertaking to be much more difficult. You need to consider all the pros and cons of each programming language and decide on the technology that will be best in a given situation – i.e. enable the project (e.g. a web application) to be carried out, while ensuring reliability, security and speed of operation.

When should you consider React.js?

What exactly is React.js?

React.js is not the technology that first comes to mind when planning to develop a particular project, but it is undoubtedly worth considering. Due to their flexibility, speed and very wide applicability, the first programming languages you usually think of are Python or Java. How does React fit into this scheme?

React.js is a JavaScript library, not a framework – hence its applications are correspondingly narrower. It is primarily used to build extremely dynamic and responsive interfaces, so it usually serves as a way to complement the technology stack of projects where UI plays a vital role.

Initially, React.js was used exclusively by the Facebook developers who were responsible for its creation, but in 2013 the company decided to make it open-source. It did not take long for the market to react, as many other players were also struggling with problems similar to those faced by Facebook. Interest in the library was enormous from the very start, and to this day React is at the forefront of the top trending technologies. So far, there is no indication that its dominant position in the area of UI might be threatened by any other technology.

Why should you use React.js?

The main reason why React.js is so popular today is undoubtedly the fact that it allows for the creation of impressive web applications (both mobile and web-based) that are both reliable and fast.

However, anyone who thinks that achieving such an effect requires an extensive amount of time and a lot of effort on the part of the development team, is mistaken. Coding in React is relatively straightforward and the Internet offers a vast supply of educational material, so it does not take long to get from the design stage to releasing a working application. React can be handled without too much trouble by any programmer coming from a JavaScript background. Understanding and creating applications with React should not take more than a few days. This is an extremely important advantage from the point of view of business, which, as a rule, wants to make a working application available to users as quickly as possible.

The speed of implementation is also due to the fact that React’s code is relatively simple, clear and expressive. Just a few lines are all it takes to create a truly functional solution. Moreover, working with React relies heavily on components that have their own logic and a specific role to play. Once created, a component can be reused many times without having to code it from scratch – it only needs to be recalled in the code. Such components can also be freely shared with other users. It is therefore highly likely that you will be able to build the interface of your application largely from components that have already been created and made available to others for common use.

Remember, React.js was released in 2013, which means that it may now be considered a mature library. It has already proven itself in the implementation of many more or less complex projects and can boast a wide range of supporters. What does this mean? All this translates into a relatively low risk to the organization considering the use of this technology. This is because there is a very low probability that, during the implementation of a particular project, you will encounter a problem that someone has not already faced in the past. Finding a solution should thus not delay deployment and should not generate any additional costs for the company.

The large community gathered around React both lets you trust that ready-made solutions to specific problems are available, and allows you to draw on the experience of others, learn from their mistakes and be inspired by the solutions they have already created. As React is an open-source project, literally anyone can influence its further development. In the context of the genesis and history of the library, it is worth emphasizing that it is progressing very dynamically. On the one hand, this is an advantage, but at the same time it may prove to be a challenge for developers, as keeping up with the changes requires great commitment on their part. Therefore, when planning the development of a new application using React, you should consider employing a dedicated IT team with appropriate expertise in this area.

When is React a good choice?

React.js itself is not a framework, but a JavaScript library – hence its applications are somewhat limited. It is commonly used to create dynamic and reliable user interfaces for web and mobile applications, so it usually comes in tandem with other technologies that, when properly combined, are able to deliver the expected value to the end user.

Considering the above, React.js may be applied in numerous fields. These include various calculators, e-commerce platforms, internet forums, trackers, search engines, chat rooms, diverse applications (e.g. entertainment or the weather), dashboards, presenting assorted data, etc. As you can see, React’s possibilities are extensive. Whether it would work for your project and be the best possible solution should certainly be verified by an experienced development team. If you don’t have one, check out our offer and take advantage of the experience of our programmers for your project.

Who is using React.js?

The fact that React.js worked well for Facebook and allowed it to create a dynamic and highly efficient interface, quickly attracted the attention of many other entities facing the same problem. As a result, the number of companies that have decided to include React in their technology stack started to grow rapidly. It is estimated that about 10,000 companies are using its capabilities today. This includes the largest and best-known ones, whose services we use almost every day.

React has enabled such giants as Netflix, Instagram, Twitter, Pinterest, Airbnb and Uber to build their user interfaces. It is also used by search engines, communicators and all kinds of social networking sites, as well as by many other entities that put user experience first and do not want to settle in terms of speed and reliability.

How can we help?

Idego team is able to provide experienced programmers who will assist you in the realization of any project. Why should you consider cooperation with our company? We have extensive experience and many successfully completed projects to our credit. If you are still wondering what you need to achieve your goals – we will be happy to help and answer any questions you might have. 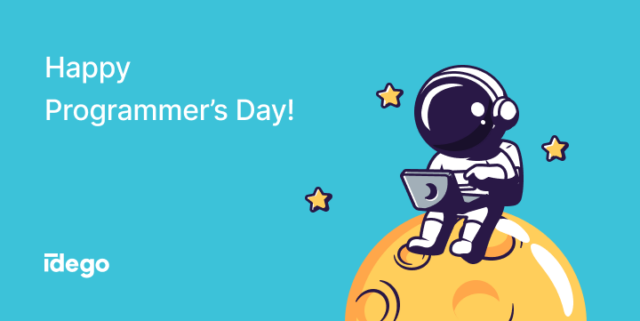 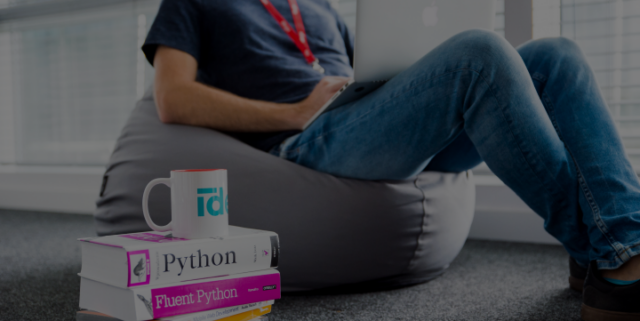 How to automate your coding style? A short guide to code formatting, pre-commit and CI. 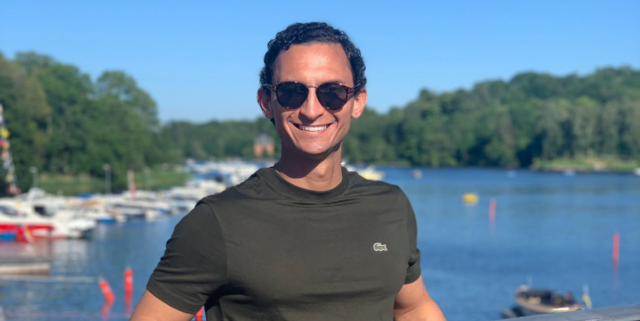