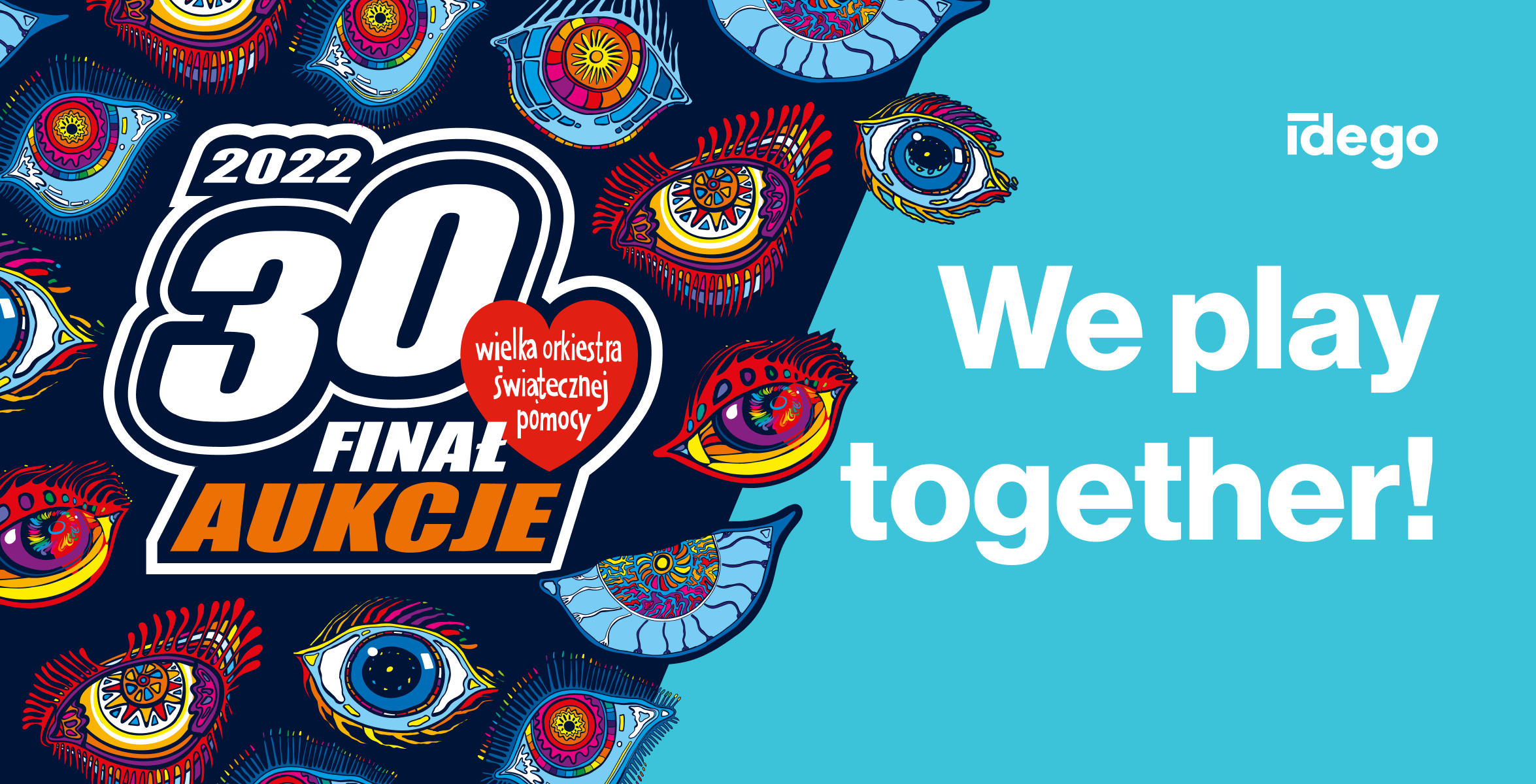 This year once again we decided to support the Great Orchestra of Christmas Charity foundation. The plan was simple – everyone had the opportunity to put up for an internal auction what they considered the best. There was no limit, which made the creativity level of Idego team as high as it could be!

Thanks to our huge engagement we organized an impressive 21 auctions, of which the total amount was close to 8 000 PLN!

What could be bid for? Home-made cakes, hand-brewed beers and even Korean lessons! Of course, the list is much longer so we will present only some of the great auction items.

Who would not want to go on a trip from Tricity to Hel? And not just any trip – the winner of the auction will have a chance to go on a motorcycle trip with our friend. It is also worth mentioning the auction, which kept everyone in suspense until the very end, and those who did not bid could watch the game in the comments while nervously eating popcorn. The skating lesson was led by Weronika, who is a recruiter by day and a member of the synchronized skating team after hours. Here the battle was fierce until the end, and in the end the lesson was auctioned off for the highest amount.

One team and many skills

Of course we have many talents, including musical ones. The entire auction program included guitar lessons, drum playing, and a singing lesson led by a professional vocal instructor and privately the wife of our awesome programmer.

In addition to the Korean lessons, there was also an opportunity to learn Russian. We are also looking forward to the results of our artistic auctions. A specially designed poster, a mug of own design and a plaster figurine – we will surely show off the results of our work on these crafts.

Naturally, there were also auctions for the biggest connoisseurs. And so we could bid for cooking real carbonara according to the Italian recipe.

For fans of soldering iron there was also prepared an auction of workshops on building (and understanding) headphone amplifier.

The auctions enjoyed great interest, and everyone’s involvement was very impressive. But let’s remember that despite the great fun we had, we were playing primarily to support the foundation that will donate money for the diagnosis and treatment of children’s eyesight in this year’s edition.

We could not miss getting involved also as a company. So we decided to double the sum collected during the auctions and donate additional 8 000 PLN for the 30th finale.

Thanks to our united efforts we could donate over 16 000 PLN to the foundation.

We wish the Orkiestra would go on playing and we would play together with it – until the end of the world and one day more.